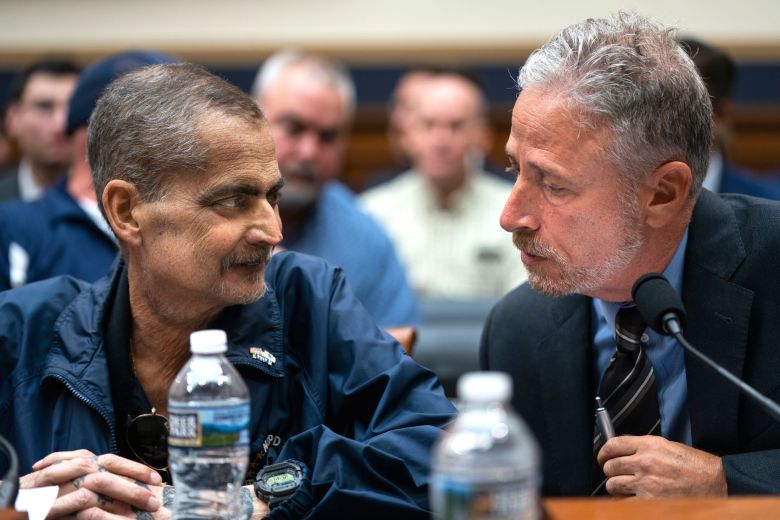 It’s been four years since he stepped away from “The Daily Show,” but Jon Stewart is showing that he can still have an effect on national political matters.

Stewart testified before a House Judiciary committee on Tuesday afternoon, speaking to the ongoing need to fund medical care for first responders who worked around the World Trade Center site on and after September 11, 2001.

“Five seconds. That’s how long it took for FDNY, for NYPD, for Port Authority, for EMS to respond to an urgent need from the public. Five seconds. Hundreds died in an instant. Thousands more poured in to continue to fight for their brothers and sisters,” Stewart said in an impassioned testimony before the committee. “They did their jobs with courage, grace, tenacity, humility. Eighteen years later, do yours.”