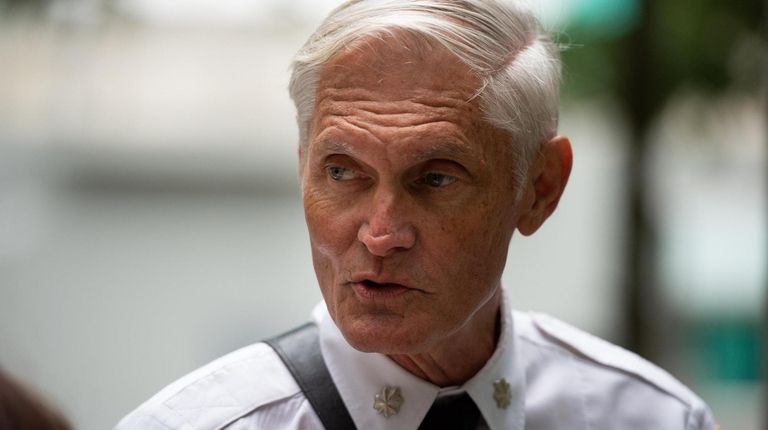 FDNY firefighter Battalion Chief Don Hayde of Baldwin is the longest serving uniformed firefighter and is retiring after 41 years — a rarity for firefighters who do not typically age out of the job. Photo Credit: Corey Sipkin

The FDNY’s longest serving firefighter, Battalion Chief Don Hayde, came to work on his final shift Sunday wearing heavy-duty black work boots as if it was just another day in his 41 years on the job.

Hayde, a Baldwin resident whose firefighting career started at 18 as a volunteer in Uniondale, described his final day wearing the FDNY uniform as bittersweet. He said he’ll miss “the guys” he worked with over the years but is ready to become a civilian again. Hayde credited his late father, a volunteer firefighter in Uniondale, with motivating him to take the same path.