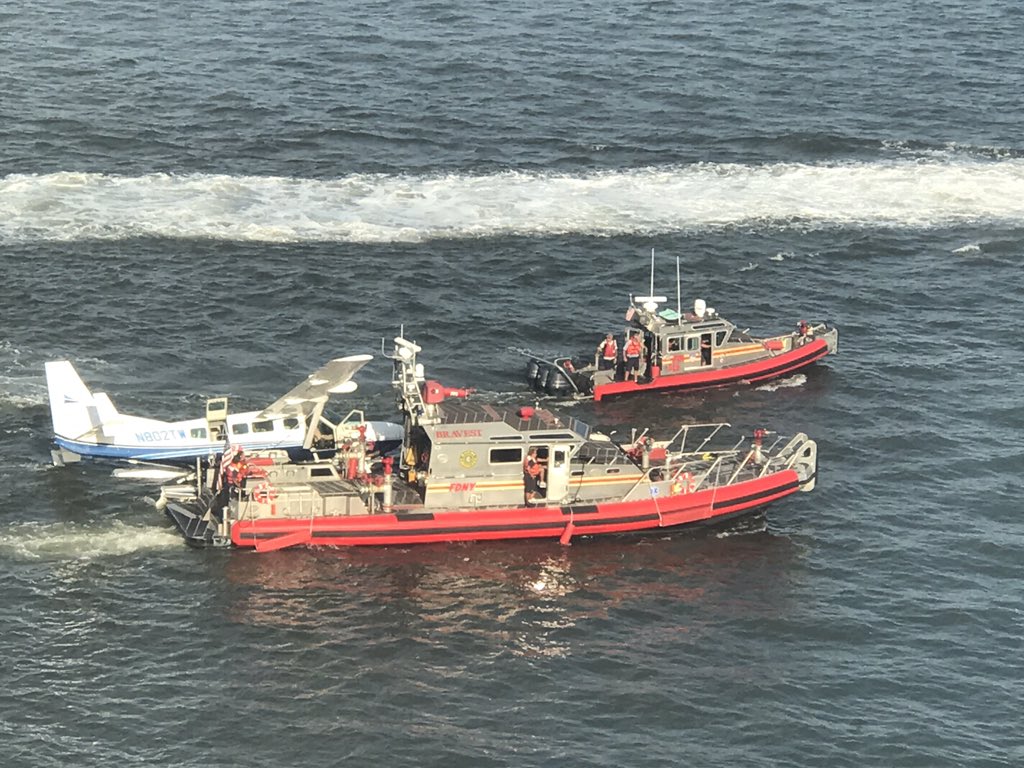 Ten people were rescued from a disabled seaplane in the East River on Friday after the aircraft had trouble during takeoff, FDNY Deputy Assistant Chief Michael Gala said.

The pilot tried to take off from the water about 300 yards away from FDR Drive at 23rd Street around 5:30 p.m., but on the third attempt the plane hit the water and the aircraft was damaged, according to Gala. The plane was headed for the Hamptons.

“On the third time it hit the water, fracturing three struts on the left side of the plane, which caused the plane to list,” he said.

FDNY and NYPD personnel arrived at the scene within three minutes of the first call, according to Gala. All of the passengers aboard the plane were accounted for shortly before 6 p.m., the FDNY tweeted.

The passengers were evaluated at the scene and there were no reports of injuries, the FDNY said.