The men are in critical condition, according to the FDNY. 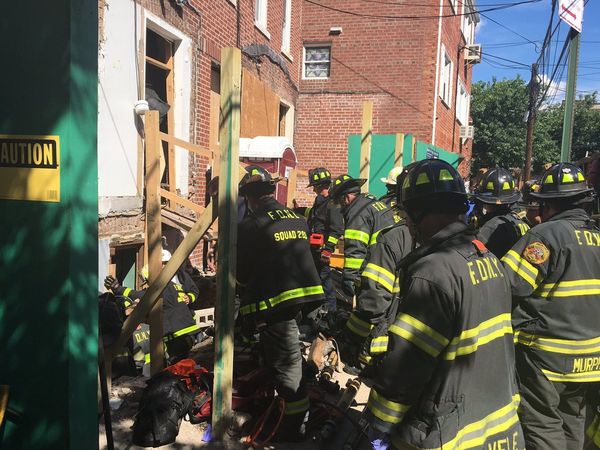 Two of the men had to be taken out of the basement of the construction site, located at at 31-25 28th Road between 33rd and 31st streets, and transported to Elmhurst Hospital, according to the FDNY.

One worker had evacuated the site of the accident before the firefighters arrived, Nigro said.

Another injured construction worker, who was 28-years-old, had been trapped under a few thousand pounds of construction material, which consisted of laminated beams, bags of cement, concrete blocks, sand and aggregate, Nigro said. He was conscious as he was removed from the collapse.

All three injured workers were in critical condition, according to FDNY.

Early reports of a crane collapse at the construction site were misinformed, an FDNY spokeswoman told Patch. The roof of the two-story building undergoing alterations had collapsed after construction material were placed there, according to Nigro.